Our next event in
No entries Found
Skip to content

Pastor Robert J. Perkins feels blessed to have served since February 1970 as Pastor of the  Emmanuel Baptist Church, located in Tinton Falls, New Jersey.  During his forty-one  years as Pastor the Lord has blessed Emmanuel Baptist with a wonderful Youth Ministry,  a very successful Sunday school, and several ministries.

Under the leadership of Pastor Perkins Emmanuel Baptist has been able to purchase  several properties, and the church building has been enlarged through two additions. The  first addition was completed in December of 1987 with additional sanctuary space as well  as several classrooms.   The second addition which consisted of a new sanctuary and an  educational wing was completed in September 2003.

Pastor Robert Perkins has served as a member of the Permanent Council of the Seacoast  Missionary Baptist Association for over 22 years.  Four of those 22 years he served as  Chairman of the Council and is presently serving as the Chairman again. Pastor Perkins  has also served the Association as Chairman of the Foreign Missions for over 20 years.    He has also served as the President of the Red Bank Westside Ministerial Alliance in Red  Bank, New Jersey for five years.  Pastor Perkins organized and has served as the coach of  the Red Bank Westside Track and Field club for the last seven years.

Pastor Perkins served twenty-eight years with the Middletown Township Police  Department, retiring as a lieutenant in 1994.  He currently serves as Chaplain for the  Middletown Police Department.

Pastor Robert J. Perkins has been married to Ellen Cox Perkins for forty years.  The  Perkins resides in Middletown, New Jersey.  They are blessed to have two daughters,  Jennifer and Melissa and one grandson Jayden Robert Ross. 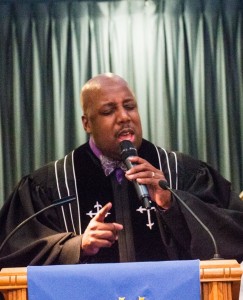 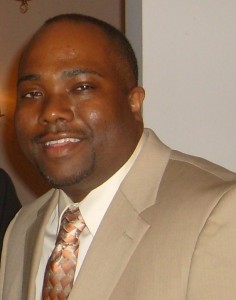