Our next event in
No entries Found
Skip to content 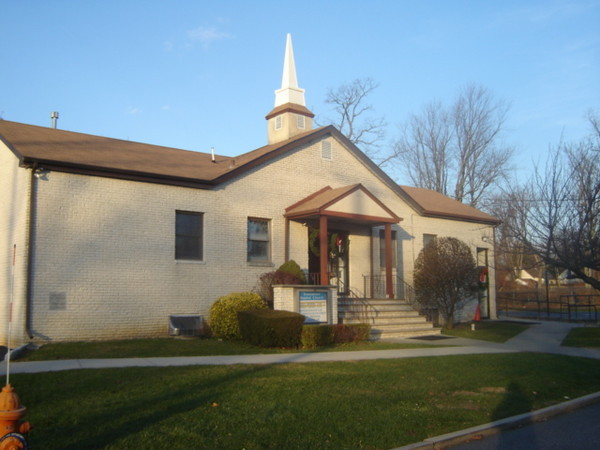 Due to the Depression the new Church was unable to meet its financial obligation, therefore, services were held from house to house, and continued to function until enough money was accumulated to purchase land to construct the basement of the Church, were services were subsequently held.

Dues were twenty-five cents per week; which many could not afford to pay.  Those that were able brought a bucket of coal on Sunday mornings for the Church’s pot belly stove.  Added to the membership were Mrs. Mary Wilson, Mrs. Sallie Austin and Mr. Kellum, among others.  Although accurate records were not kept, the membership continued to grow.

Rev. Hebron realized that his health was failing and he was unable to carry on the full responsibilities of the Church.  His love for the Church made him realized that he had to resign because he could not carry out his duties as the Lord would have him to do.  It was with much regret that the Church accepted his resignation in July 1953.

In July 1953, the Church called Rev. Jordan O’Neal, a licensed minister from St. Paul Baptist Church, Atlantic Highlands, NJ to take over the duties as Pastor of the Emmanuel Baptist Church.

It was under the guidance of Rev. O’Neal that Emmanuel Baptist Church became a member of the Seacoast Missionary Baptist Association in September of 1953.  The work that Rev. Hebron began was continued by Rev. O’Neal.

As it was in the past, the members worked hard and long in the services of the Lord.  It was in the year 1957 that the work began on the building that presently housed the Church.  Rev. O’Neal and the membership saw the need for a new building to facilitate the Church, as the old building was in need of many extensive repairs.

With ground broken for the new building and the work on the foundation underway, the membership met month with various contractors, architects and the vision of a new Church building was now becoming a reality.  After the basement was constructed and the floor was laid, the services were then held in the basement.

On April 24, 1963, Rev. Jordan O’Neal was ordained in the ministry at St. Paul Baptist Church, Atlantic Highlands, NJ under the guidance of the Seacoast Missionary Baptist Association.  In the following years, the Church continued to grow and the work on the building continued along with some of the members doing inside construction.  The entire ceiling of the Church and the paneling on the walls were installed by the Kelly family.  Mr. Charles Wilson also spent many hours working along with the membership to put a building here for worship.  On June 19th, 1966, the Church had two Deacons ordained into the service of the Lord.  They were Deacons Preston O’Neal and Jesse Rose (presently Rev. Rose).  On July 20, 1969, the cornerstone for the completed new building was laid under the guidance of the Celestial Lodge Number 36, of Free and Accepted Masons.

In November 1969, the first Usher Board was formed by Mrs. Evelyn Wilson.  All members of the original Usher Board are now deceased.  Mrs. Mary Wilson, Mrs. Ruth Brewton and Mrs. Evelyn Wilson (2007).  Under the leadership of Mrs. Wilson, the Junior Usher Board was formed in 1972.  The Usher Board continued to grow under the leadership and guidance of Mrs. Norma Dark (deceased), Mrs. Mae Farley (deceased) and presently, Mrs. Ruby Bonds.  On January 1, 1970, after fighting the good fight and completing the course set before him.  Rev. Jordan O’Neal passed away, leaving behind fond memories of his great sense of dedication.

Our present Pastor, Rev. Robert J. Perkins, accepted the call and took over the pastorate in February 1970.  Rev. Perkins was ordained on March 17, 1974 by the Seacoast Missionary Baptist Association.  Under Rev. Perkins’s pastorate this is the second addition to Church.  The first addition was dedicated on December 6, 1987.

The Senior Missionary Circle was organized in 1976 and is actively participating in the Seacoast Missionary Baptist Association along with our Laymen.  Rev. Perkins being led by the Holy Spirit has had great influence on the members who are open to the Spirit of the Lord.  The Church has grown in size and also in love and grace.  Tithing has become a part of many members worship.  To date, the Pastoral Staff includes Rev. Edmond Lee and 4 Deacons: Deacon Chester Anderson, Deacon Robert Alstin, Jr., Deacon Joseph Graham and Deac. David Nickens; and three organized choirs, Adult Choir, Male Chorus and Youth Choir; a Liturgical Dance Ministry which was organized by Sis. Shani Brewer and an after school tutoring ministry call EBC EXCEL organized by Rev. Marsha Williams.

God is truly blessing Emmanuel.  Many souls are be added to the body of Christ, steadily growing toward that day when God shall come to claim his own.  During these many years, things haven’t always been as God would have them to be.  There were times when the old ship seemed to have been sinking, but God was and is still on board.  The sea may be calm now, but there will be other storms in the future, but as long as we keep our eyes on God, the old ship will never sink.